An actor’s guide to emotional intelligence

World war 2 was a global war that lasted from 1939 to 1945, killing more than 6 million Jews under the leadership of one of the most infamous men in history, Adolf Hitler. Over the last few decades, this catastrophic event has led various filmmakers to depict the war in creative ways, genres from action-packed epics to heart-wrenching romances.

A movie that caught my attention recently was about a little boy who discovers a Jewish girl, living in his attic, rather hiding in his attic during the final days of world war 2. The 10-year-old Jojo is indoctrinated into the Hitler youth and has an imaginary friend (Adolf Hitler) played by the writer and director, Taika Waititi. Waititi introduces a satirical perspective on one of the biggest tragedies, and infuses it with humor, while also delivering some truly heart-breaking moments. 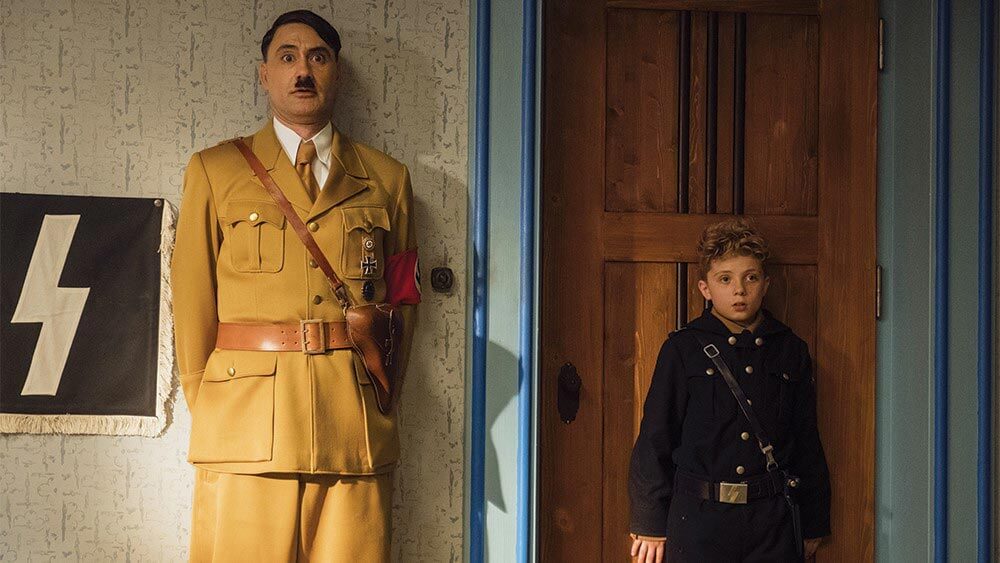 In the movie, JoJo has been shown to have a sense of compassion despite all the doctrines against Jews. His struggle to make sense of everything happening around him is dishearteningly evident. The emotional rollercoaster in the little boy’s mind is so beautifully portrayed in this particular scene when he avoids killing an innocent rabbit as instructed by his older instructors to prove himself as a true warrior. He gets mocked by the name Jojo Rabbit post this incident and that’s how the film gets its name as well. As the actor, Roman’s first step would be to know the character’s story that would tell him in detail how and why Jojo becomes a Hitler fanatic. The film subtly gives it away to the audience too, in conversations with his mother who is grieving his sister’s death and the disappearance of his father. The character’s emotional journey reaches a climax after the boy loses his mother to the Nazis and he finds her shoes hanging from the gallows while walking on the street. One of the most brilliantly written screenplays that left me feeling helpless and sad about the boy’s irreparable loss. 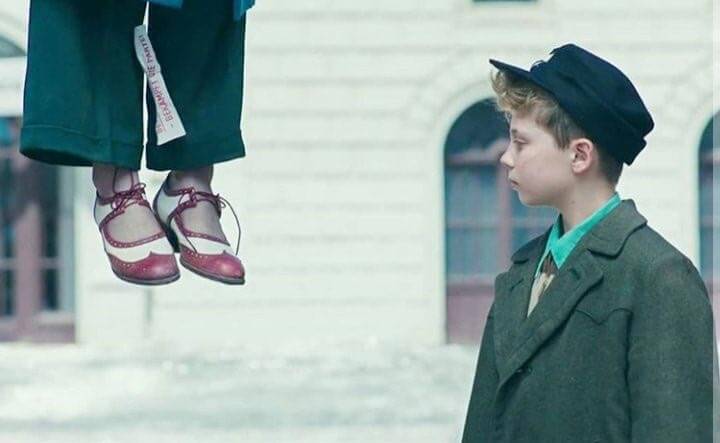 Roman Griffin Davis as JoJo swayed me away with his innocence and honesty. He pulls off the character with such ease and finesse despite it being his first feature film. I wondered how Roman prepped for the role that required him to understand and relate to such a painfully tragic event. It is a difficult topic for a child to understand, let alone play a character in that era.

There’s a way an actor prepares for roles that are far from their true reality and the process would start by understanding the character and then doing sufficient research. This is similar to a design process, where we focus on understanding user needs and requirements and build our designs based on the findings from user research.

An actor’s journey in building a character backstory requires him to learn about emotions and work on his craft to change or manipulate them on command. This requires a high level of Emotional Intelligence. A skill to recognize emotions and their effects, understand them, and have a strong sense of self-worth, a concept that was first developed by Daniel Goleman in the mid-1990s. Emotion is a subjective state of mind and is a reaction that is influenced by internal stimuli like our thoughts or memories or an event that occurs in our environment. So, the longer we keep telling ourselves a certain story, the harder it is to let go. Possibly the same process was followed by Roman in his character-building exercise of living Jojo’s reality and placing himself in Jojo’s shoes. The actor would have dived deep into his emotional psyche to understand Jojo’s behavior. Most actors rehearse certain methods and follow principles to showcase the character on stage or in the film. Similarly, as designers, we follow basic methodologies and principles to create designs that are visually aesthetic and desirable. Both the professions have so much in common and as experience designers, we have quite a lot to learn from an actor’s craft!

In the actor’s guide to emotional intelligence – there are 4 principles to focus on for designers at all levels.

Observation – Actors imbibe a second nature of constantly observing people around them, their body language, dialect, tonality, movements, and gestures. They observe people from different cultures, societal structures, educational/ professional or political backgrounds, and at the same time consciously observe themselves too. They can do so by being self-aware. Acting is an art that requires patience and practice to focus and concentrate on things that are usually missed by others. For example, actors train themselves to focus on their breath and use it to manipulate emotions at command.

But how do actors manipulate emotions when we struggle to understand our feelings sometimes? It is slightly complex, but we can bifurcate emotions into 9 major parts. 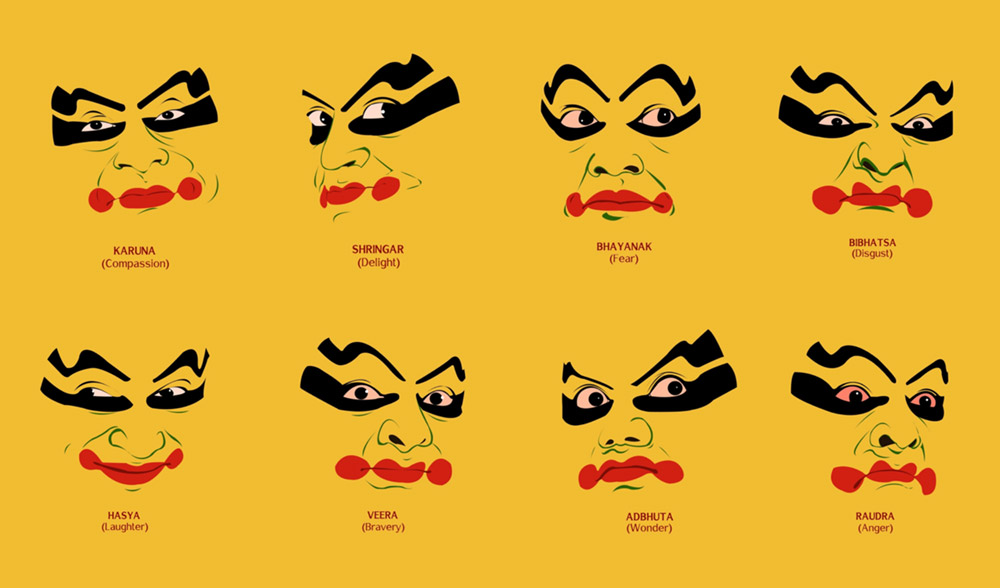 9 Emotions – Popularly known as Navarasa in Natyashastra, most Indian actors use these as a basis for their study of understanding complex emotions and their interrelatedness.

According to Neuro-scientist Jill-Boyle-Taylor, an emotion is supposed to last only 90 secs in our body and brain, but humans are wired to create stories that keep the emotions alive and actors take advantage of this by creating an imagined reality for themselves and their character’s world. As designers, we need to understand people and their behavior – as we design for people and design with people. Observing user behavior during user research or understanding stakeholder motives becomes extremely critical in delivering successful design projects. Collaboration and teamwork are also a big part of our work culture that requires us to interact with each other, brainstorm, and learn from our experiences. Therefore, we need to understand the people we work with and build for our users by taking cues from an actor’s process.

Imagination – Actors live multiple lives in the span of their acting career as getting into a character requires them to disassociate with their real selves. A movie like JoJo Rabbit was based on a book called Leunens’ 2004 novel “Caging Skies” but Waititi took creative liberty to change a few things in the film like the imaginary “Hitler” character in the boy’s mind.

Sometimes roles require the actor to imagine situations for mythological characters for example or build on a backstory of the character like The Godfather, which is based on a real person, but his life may not be as relatable. An actor must be a sponge to soak in information about the character while being non-judgmental and unbiased. Designers too need to constantly keep learning and evolving by taking inspiration from their environment and surrounding. A designer’s job is to think creatively, listen and design experiences that heavily rely on our innovative imagination. Actors & Designers are in a profession that demands knowledge about human behavior and psychology and as an actor steps into different roles, they tend to inculcate a social skill – Empathy

Empathy – Taika Waititi described JoJo rabbit as a film that wished to highlight children’s perception of the war and how they witness the grown-up’s behavior in these times. It enabled us to empathize with JoJo and his struggles as a 10-year-old during world war 2, who starts to think for himself and finds his voice by removing the influence of external biases. As an actor, Roman must have followed the principles of observation by doing his research on similar characters and movies based on the war. He must have tried to understand his character’s story and used his imagination to gauge his character’s needs and desires. This practice creates a space for the actor to be open to others’ experiences and relate to their lives. Hence, an actor’s journey draws a parallel in design where we need to listen to our users and their problems, and gauge their habits & behaviors to understand their mental models while focusing on change for the better.

Designing experiences for people requires us to connect with our users emotionally to create a desirable journey just like the actor who has to connect with his audience to create a believable experience. What works best in both cases is an honest connection with people while knowing that there’s always room for improvement in creating the best solution or performance. Criticism is a staple in every field of art – a lot of people were left unimpressed with Jojo Rabbit, but there will always be those who like your work, give you concrete feedback, and if you’re lucky, reward you with an Oscar. Sometimes that’s more than enough. 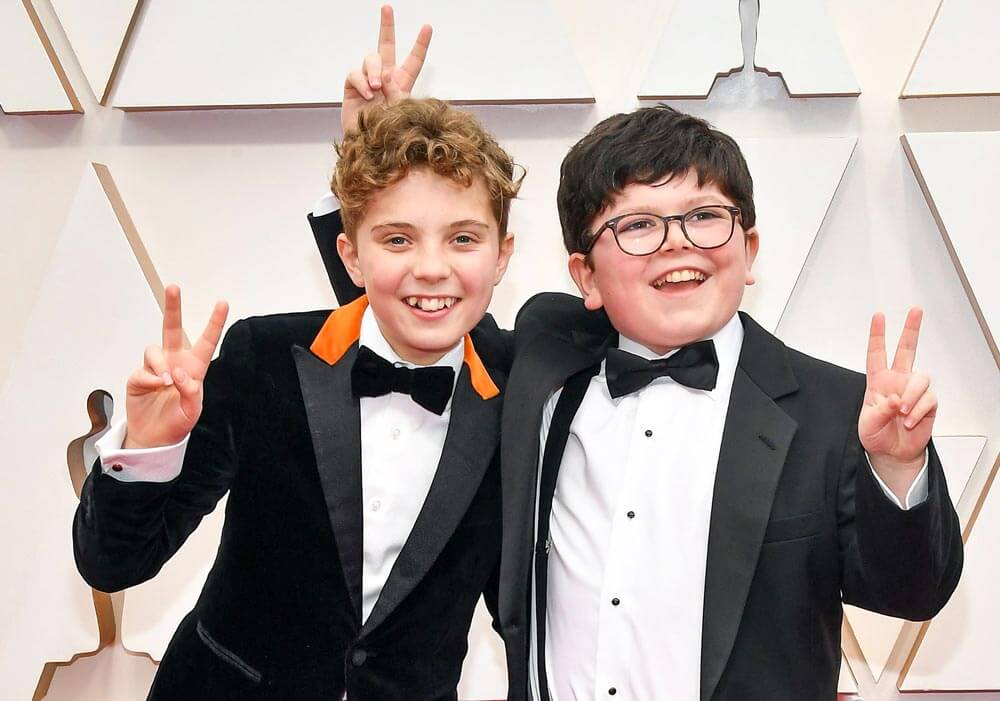