Disclaimer
Relevant & relatable to those that want to write fun or light pieces & are struggling to just get this going.

How do you write an article? The simple answer is to find your motivation and tap into it. Now that you have reached this corner of the ZEUX website, you’ll see that there’s a smart collection of various pieces written by some brilliant designers on very interesting topics. Except for me (fingers crossed, hopefully not after this). Clearly this is one of the most difficult things to do. I never knew myself to be a procrastinator until it came to writing. I’ve had too many breaks – some intentional and some I promise, unintentional. Now that I am back at it, for one last time, I want to do this!

I’m pumped with FOMO (I really need to contribute to this library!), but what do I write about? Well, turns out the simple answer isn’t as simple at all. That’s when I had my Einstein moment. I turned to the OG design process for some help. I first identified the problem – I have never written an article. I thought I should tackle this problem for others who are in the same boat as I am.

So, here’s my article on how to write an article!

A little something before the real deal

So, the first thing I would do after identifying any problem is to do some research on it. I spoke to one or two seasoned writers & a few newbies to learn from their experience & inexperience of writing articles. I noticed some common problems that they all faced, which I could relate to as well.

We all agreed on some hard facts about writing –

My top 10 findings in this process

The moment you google ‘How to write an article’, you will find tons of articles on the internet telling you about the process, dos & don’ts and what not. But I’ve been made to realize that no one talks about how you overcome your mental block of writing, cross that little barrier & actually produce a draft. So, I will further talk about some of the things that may ease the process of writing for you instead of the theoretical how-tos.

True story – The other day, I walked past a co-worker who had 1 paragraph of the article she was writing open on her screen. As soon as I glanced at it, she shut it saying, ‘It sounds too bad right now’.

But it is going to sound bad & chaotic. It’s only natural. You just got started. If you are new to this whole deal of writing, you will have a gush of thoughts in your head. You will resist putting it down on a paper as you know that you need clarity to word them. That’s one of the first hurdles. Let’s cross that silly little hurdle. Let’s put all those chaotic thoughts down, point by point. This chaos will eventually lead you to clarity.

An original idea is now equivalent to a unicorn; it doesn’t exist

There is no such thing as a new idea. Most things are now created by borrowing ideas & mashing them up together to come up with something new. And these mish mash of ideas sometimes produce groundbreaking results. You could borrow different opinions on one topic, add your perspective, your intent to the article & still write a great read. So, count on that and start writing your piece.

Also, it’s ok to know nothing about a subject. You have to start somewhere & writing could be that ‘somewhere’.

You can’t go wrong with Visuals

A picture is 100% worth a 1000 words. We as designers are more visual than the rest are. Use that to your advantage. Let visuals make your point. There’s a reason why not just children, but adults also get excited about reading a book that has visuals in them. Visuals instantly trigger interest & imagination in the readers. 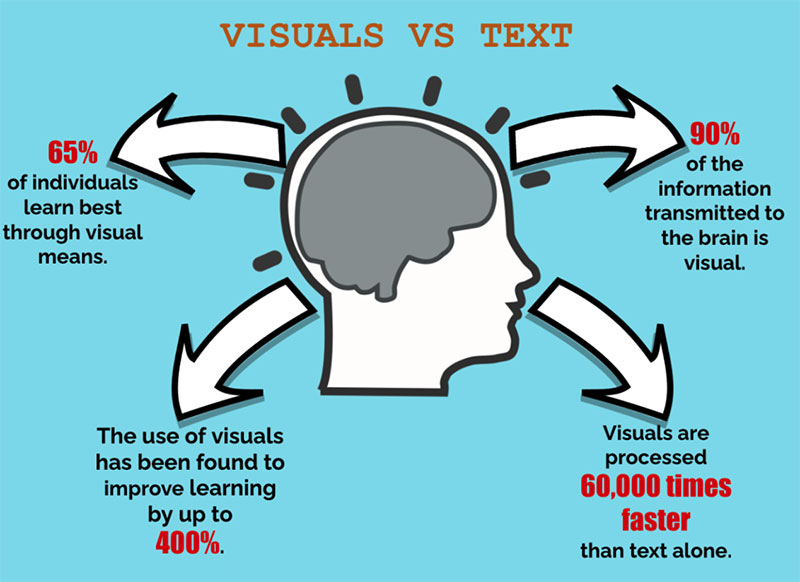 Yes, getting started is the hardest

For many reasons, we resist getting started. You want to be perfect; you want to get it right in the first go, fear of failure & other blocks like these. But, baby steps guys, baby steps. Push yourself to write the first sentence. It doesn’t have to be perfect because believe me, it only gets easier from here. Getting your first step down is a victory in itself. Write that first sentence.

“The secret of getting ahead is getting started.”– Mark Twain

Add ‘you’ to your article.

What makes you, you? There may be something about you that stands out. Are you funny? Are you sarcastic? Are you philosophical? Let it show in your writing. While I have been writing this, it has been pointed out to me multiple times that I write like I talk. So, I deliberately continued writing like that which I think made this process more fun for me.

I started off by writing about the structure, process, dos & don’ts of writing. But after my 1st draft, I was inspired to change it into an aspect of writing that we don’t talk about often – these psychological blocks of writings. So, be provocative with your writing. Write about what’s not spoken about often. Challenge the status quo of writing. It makes for more of an interesting read.

Deadlines – a boon or a bane?

Most designers thrive under pressure. But of course, a creative process can’t be forced. The idea comes when it comes. But at the same time, if you resist writing so much, giving yourself a realistic deadline will motivate you to get going.

E.g., A deadline to finish an article in a week may be pushing it too far but a deadline to produce the first draft in a week is doable. If you work well with accountability, inform your manager that you will send out your first draft to them in a week. This will keep you on your toes and you will have no excuses to spare anymore.

Remember that writing can be simple. Try & stay away from using complex words. You can run the risk of sounding like you are trying too hard. Just like in the design world where the best designs are often the least complex solutions, good writing can also be simple. Of course, a lot of effort does go into making it simple & I hope I have motivated you enough to do this.

Sometimes, at the oddest of times, you may think of something smart to include into your article, but you aren’t necessarily in a position to put it down on a paper. I would be fooling myself if I had relied on my memory to include it later into my piece. I quickly voice recorded myself.

I could articulate it later. In fact, so much of this article came to me past 12:00 am in the night when I was all cozy in my bed. Those multiple voice recordings helped me so much.

The conclusion will become your readers’ core memory of the article you wrote. Making a good final impression is as important as making a good first impression. But writing such an impactful conclusion may be challenging. So, save the best for the last & end on a high.

Everything I have written in this article is what helped me through the process of writing this, my first article ever! I wrote this piece as I was going through every one of the blocks I have spoken about & I hope it helps you also sail through this process smoothly.

Remember, everyone that has a perspective or opinions can write. Thanks for sticking around 😀