Intelligence can be defined as a general mental ability for reasoning, problem-solving, and learning. A machine which is able to simulate these abilities is known to have an Artificial Intelligence or AI.

The main task of an AI is to analyze its environment and takes actions that will maximize its chance of success. For example, Google’s AI DeepMind has cut Google’s energy use for cooling by 40%.

From SIRI to self-driving cars, artificial intelligence (AI) is advancing rapidly. Chances are that you have already encountered and maybe benefitted from an AI, especially if you own a smartphone or used Google to search. AI can encompass anything from Google’s search algorithms to Tesla’s autonomous cars.

In spite of all the advances in the field of Artificial intelligence, today it is still considered to be an infant. AI today is designed to perform a narrow task (e.g. only facial recognition or only driving a car). It is still not capable of doing a lot of things that humans can do like creating new recipes or making jokes or understand emotions like love, sadness or happiness.

It’s easy for us now, but humans are able to perform all these activities easily because our brains have been developing through millions of years of evolution (survival of the fittest). And over time, we have learned not only how to survive but thrive. All the information gathered over the years of evolution stored in our primal/reptilian brain which is responsible for survival, drive, and instinct.

So, what happens when human intelligence starts malfunctioning?

Any damage to the brain, internal or external may result in losing our memory or the ability to move, see, smile and talk. This condition is called Dementia. Worldwide, around 50 million people have dementia, and there are nearly 10 million new cases every year.

While there is no cure available yet, if detected early we can help those living with the condition to slow its progression. But neurosurgeons, known to have the sharpest brains in the world, can’t spot the early stage of dementia easily. 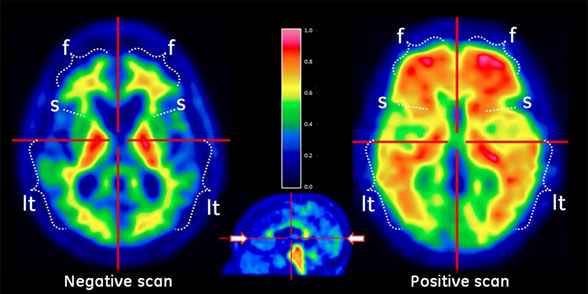 Imagine what you would go through if your loved one couldn’t recognize you and have no memory of you whatsoever or if they forgot how to talk or walk? But what if you could delay the progress get some extra time to spend with them, some more time where they remember who you are.

This is where AI can help. An AI created by researchers at University of California were able to train its AI, using over 2000 brain scans, to successfully detect dementia. The AI was shown the scans of 40 patients and was able to assess all of them correctly. More interestingly, it was able to detect it at an average of 6 years before the patient received a diagnosis confirming the condition!

Now that’s a lot of time to provide adequate treatment to slow down the effects. Think how much more time they can spend with their loved ones.

This is just one use-case where an Artificial Intelligence is helping save Human Intelligence.

In fact BlueDot’s AI flagged Corona Virus 9 days before WHO’s announcement. China is using AI to scan millions of people in public places like the airport and railway stations to detect people in the crowd who have fever and other symptoms of coronavirus. That way everyone need not be checked individually by a health care officials. They directly pull out the people the AI has flagged with fever, hence saving both time and effort required to detect and contain the coronavirus outbreak. 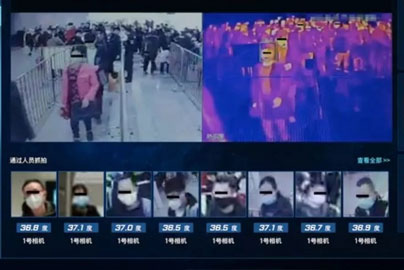 Alibaba, another Chinese tech giant, has developed an AI system that can detect coronavirus in chest CT scans in 20 seconds as opposed to the 15 minutes it takes a human expert to diagnose patients. It can also tell the difference between coronavirus and ordinary viral pneumonia.

Then why does AI make people uncomfortable?

Our greatest fear is that AI will take over our jobs. There simply won’t be enough jobs to go around and it will make us useless and obsolete.

But wait that’s what people said when the computers arrived and here I’m getting paid to write this article (albeit on a computer).

Yes, some jobs will become obsolete but new jobs will come up. For example, there was no UX design in India 10 years ago. And quite frankly I’m glad that I get paid to craft User Experiences. I just can’t see myself doing metalwork or climbing into a coal mine. One thing that people should remember is that with new technology comes new jobs. Like the internet has created around 1.2 million jobs i.e it has created more jobs than it destroyed.

An employee engagement surveys show that the average person spends 90,000 hours in the modern workplace over their lifetime, yet 80% of people are dissatisfied with their jobs.

Do you really want to work where you are dissatisfied?

As humans our specialty is cognitive labor – creative and strategic work.

Any “repetitive” job that is based on logic and should be operated within a strict set of rules will be taken over by AI. Jobs that have all the attributes that can’t be programmed into software, like passion, care, compassion and curiosity will still require human intervention.

I know there are people out there trying to create emotions in AI. But AI can learn to mimic emotions and to some extent understand it but AI can’t feel anything. In 1997 when IBM’s deep blue became the first computer to beat a human, it didn’t feel happy.

Ask an AI if God exists?

Ask if a sunset is beautiful??

Or a dangerous question like should I go to Thailand on a boys trip on my wife’s birthday?

AI won’t be able to answer those questions. AI doesn’t understand intangible things like a person’s belief, emotions, character, creativity and morals. These are the characteristics which were, wrongly, getting undervalued due to years of doing repetitive mindless jobs. With the rise of AI, value of these qualities will move up again.

A good example of that is Emotional Quotient (EQ) or Emotional Intelligence (EI). It is perceived to be a better predictor than most of the hiring methods commonly used in companies, such as letter of references, cover letter, among others. Since 2008 top companies have already started training and hiring employees based on EI rather than IQ.

Even when it comes to user experience, the first core principle of our design philosophy is that UX is a feeling.

AI is incapable of building trust between two people (or between customers and a company). It cannot inspire teamwork, show passion or put itself in another person’s shoes and sympathize with their point of view. It is just a tool, an imitation machine.

The secret lies in the fact that AI for all its “intelligence” doesn’t have the one quality that makes us uniquely human. Emotions.

The future will require us to be creative, compassionate, and empathetic leaders who create trust, build teams, inspire service, and communicate effectively.. essentially all the qualities that truly makes us humans.

To survive in the age of AI we will have to be more human.