With some trial and error, you do figure it out eventually and the memory of this micro-struggle is evoked only when you encounter another strange microwave in the wild.

Deep dive into the history of microwave ovens

In the year 1945, Percy Spencer was testing a military grade magnetron (used in the development of radar) and realized that the peanut cluster bar in his pocket had melted. Intrigued, he ran some more tests with popcorns and eggs and realized this technology could not only pick out enemy aircrafts, but also heat your leftover food. Thus, by the year 1947, the world’s first commercial use microwave was available for the public.

Since then, microwave oven has been a staple addition in almost every kitchen in the developed countries and are considered a must have even in urban settings in developing countries such as India.

Let’s look at some common electronic control systems. For example, if we look at Television controls and its evolution. 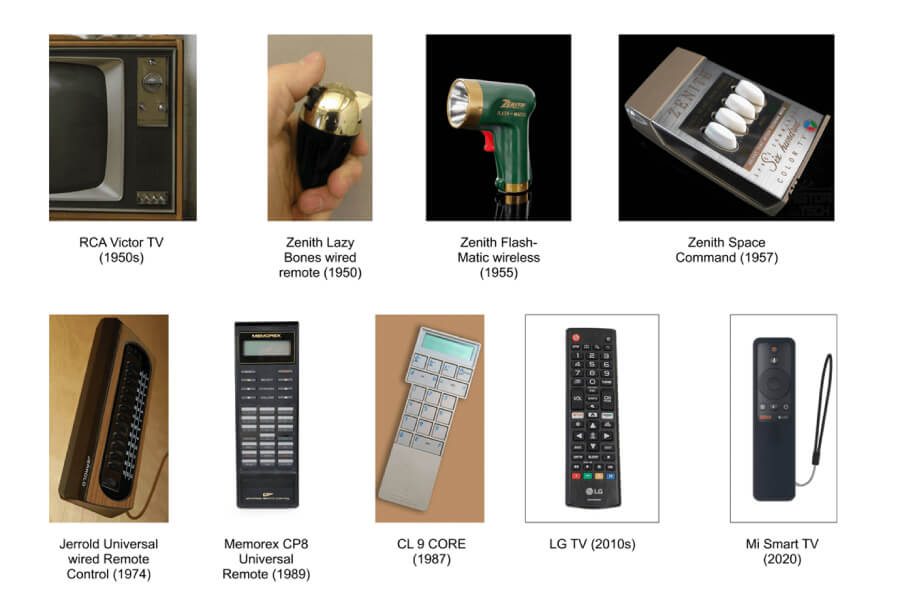 TV controls went from being stuck on the side of the television to a lot of buttons on a chunky plastic box to a few buttons on a slim plastic box over the course of seventy years. The technology and design have undergone significant changes every few decades and currently every tv remote has the power button on top, and navigation buttons on the center around an ‘OK’ button. Regardless of how smart the TV is, the remotes do tend to stick to this common pattern for these buttons. 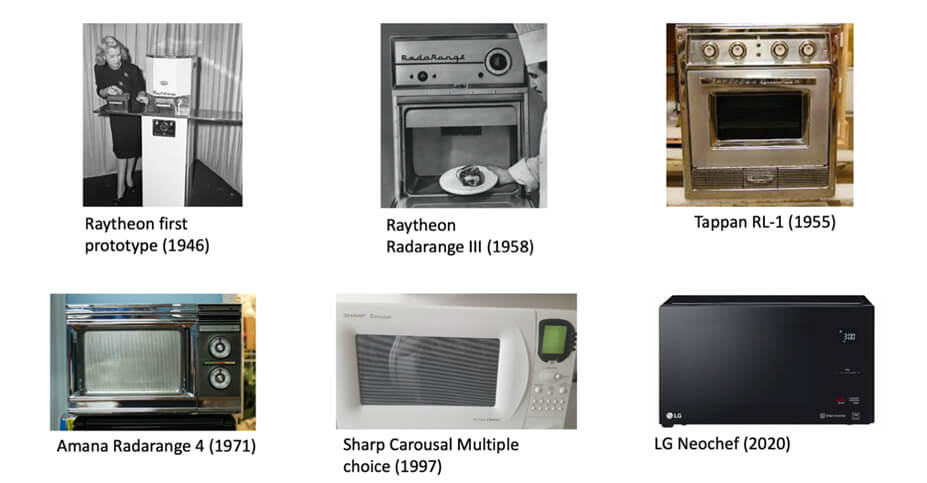 On the other hand, it’s not difficult to spot that there hasn’t been a single disruptive change in how microwave ovens are operated in the last fifty years. Even the incremental improvements in design over 5 decades are not significant.

One may think, ‘that might be because it works well enough.’ That could be true if there was only one model of microwave oven available for purchase in the entire world. But unfortunately, different manufacturers have had completely different ideas about how one should be able to cook, heat, or defrost something. This diminishes the possibility of leveraging mental models that the user already is accustomed to.

What is wrong with the microwave oven interface? 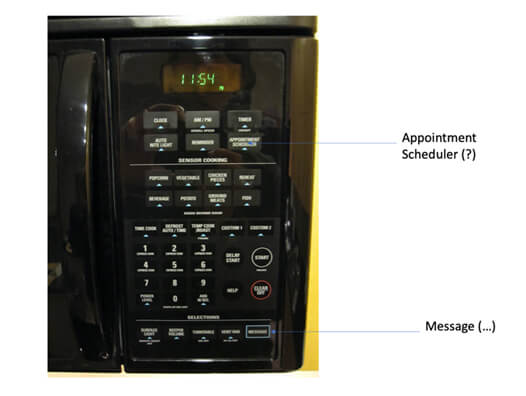 Websites and apps that run on rich, vivid 4K screens find it difficult to implement nested menus properly. And here we have our microwave ovens with seven segment displays trying to do away with nested menus for anything other than the basic reheat or defrost functions. Needless to say this isn’t really working out.

Many microwave ovens still use extremely technical sounding names for recipes and features. Sometimes it feels like they just slap a random label on the button and hope nobody will ever use it. Would you like to have Idli and IC-4 for breakfast?

Touchscreen controls do not provide same feedback as tactile feedback
We noticed that the cheaper microwave ovens have tactile buttons or dials which provide better feedback that a certain control/instruction has been passed. As the price of the microwave oven models increase, the tactile buttons tend to switch to touch screen controls which sometimes do not give any feedback that its being pressed or may be accompanied with a beeping sound. 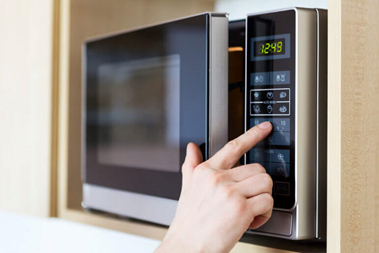 We asked around and found that most people use microwave ovens to reheat or defrost food. And we haven’t come across a single model which highlights these buttons very clearly on the control panel. 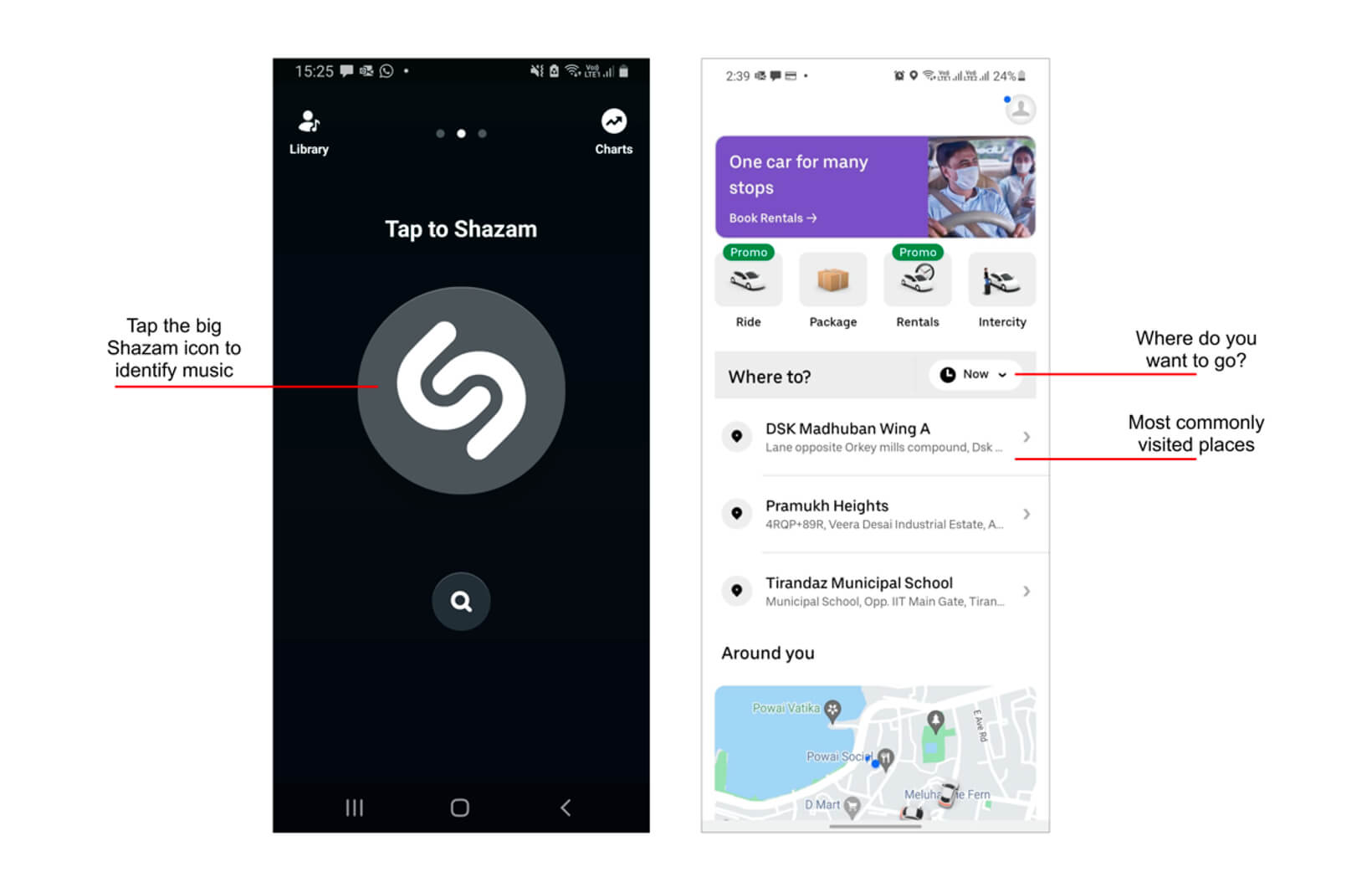 If we compare this practice to digital products like Uber or Shazam where actions which are most commonly used are displayed loud and clear on the first screen, the lack of any thought behind the button layout design in microwave ovens is obvious.

Can we learn from the past?

We go back to the 1940s again, the famous B-17 bomber plane often described as ‘flying fortress’ had one major issue. It was prone to crash mysteriously during landing. After WW2, Air Force Psychologist Paul Fitts (from Fitts’ Law) and his Aviation Psychologist colleague Alfonse Chapanis investigated the issue and found out the problem. 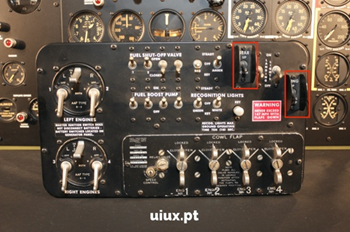 The controls for the Wing Flaps and Landing Gear looked and felt exactly the same and were positioned close to each other. 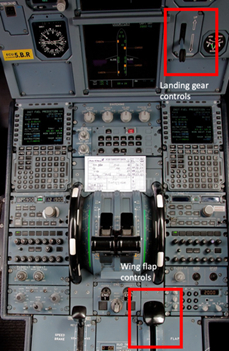 This lead to the term ‘designer error’ to be coined for the first time. Today these two controls are distinctively shaped and placed away from each other. The important takeaway from this whole incident is that machines should be designed to adapt to the user needs and not the other way around.

So what can microwave ovens learn from this ? After a fair bit of thinking, we feel that the microwave oven designs can become more user friendly if they follow these 4 principles: 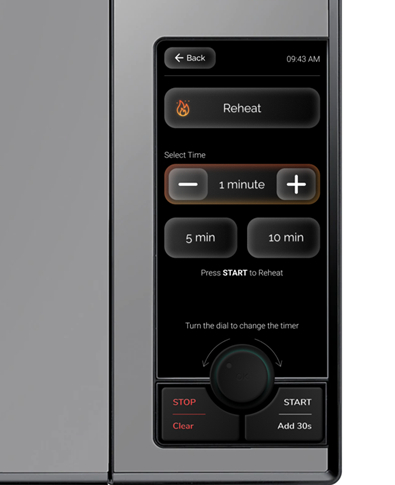 Turn the dial to change your time settings

There are several appliances and products that we use on a daily basis, some of the operations have embedded into our muscle memory like turning a dial clockwise for ‘more’ or looking for the power button on the top or bottom of an interface etc.

In the end, a usable UI is one that aligns with the user’s mental model. 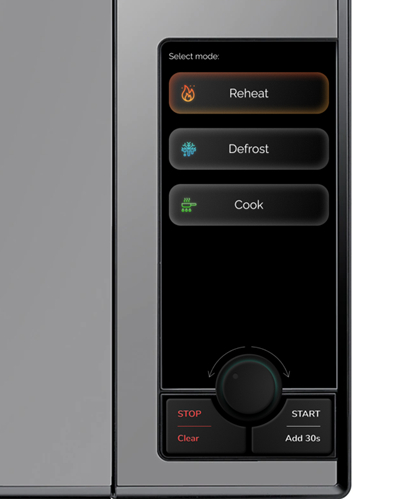 As soon as you start the appliance, the default option is to reheat something to ‘Hot’, so just put the bowl of food in and press start. 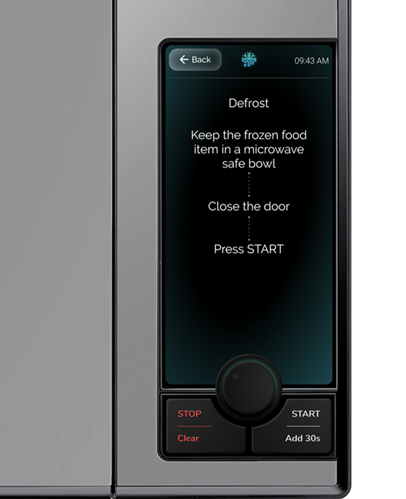 For defrost, the default option would be ‘Room Temperature’, so the appliance calculates the approximate weight and adjusts the heat accordingly. 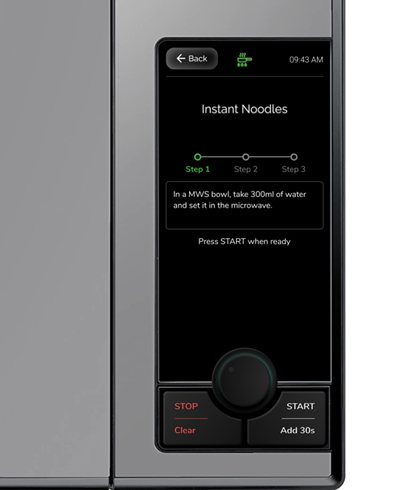 In longer operations like cooking something or baking a cake, the user should be informed about how much steps are left, and where they are right now. It would also be really helpful if the oven can help them prepare for the next step in advance.

Make it a delightful experience 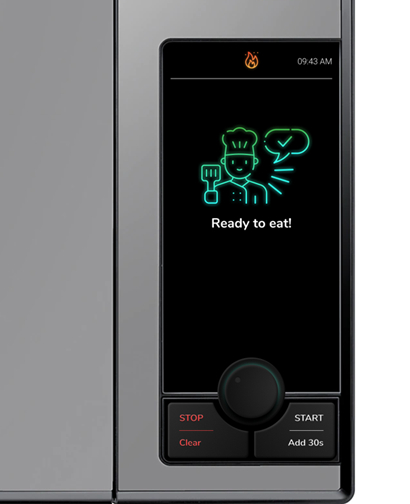 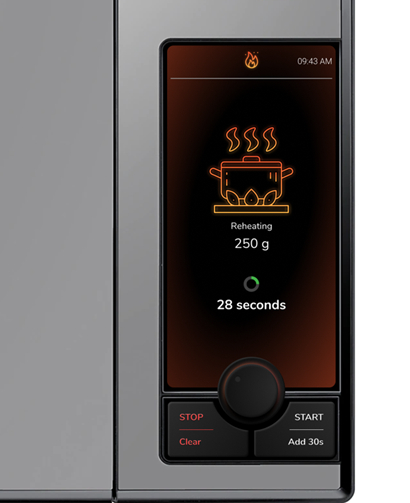 Instead of showing ‘READY’ or ‘DONE’, we can use the better display technologies to add some delightful images or small animations letting the user know the heating or cooking has been completed.