Being a 90s kid, sitcoms played a huge role during my formitive years. Whether it’s Kenan & Kel and Full House in English or Dekh Bhai Dekh and Zabaan Sambhalke in Hindi, they had the same formula. No matter how sticky the situation got, you knew your favourite characters would get out of it with a little help from their loved ones. To quote John Lennon, “Everything will be okay in the end. If it’s not okay, it’s not the end.” On the other hand, soap operas are diametrically opposite. Larger than life, melodramatic, going on and on for eon… and worst of all, ending each episode on a cliffhanger.

Being a UI developer at an experience design agency, I work in a room full of designers. My role on most projects is to act as a bridge (and sometimes translator) between my colleagues and the client’s tech team. This interaction between design and technology reminds me of a soap opera. Open narrative, multiple characters with huge ego, lot of crying and the project keeps going on and on. Depending on which side of the fence you are, it’s easy to make the other guy the villian. So, how do we turn this soap opera into a sitcom? A few good laughs, an emotion or two, but it ultimately concludes on a beautiful note in a timely manner. I guess you will have to read the complete series to find the answer to that question. ?

When we talk about good design, we tend to focus on two aspects: user needs and business goals. Business goals are catered to by performing stakeholder interview with everyone who has a stake in the success of project. We then conduct user research to understand users’ characteristics, aims, and behaviours towards achieving these aims. Such designs look great on paper. The problem is that they look great only on paper. The final product looks somewhat like this! 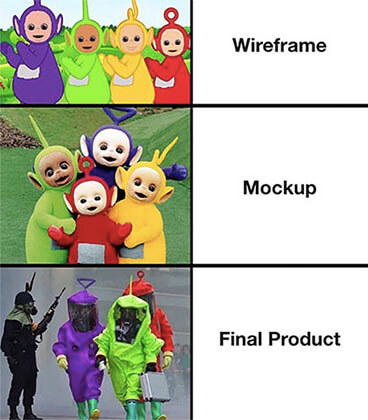 The reason behind this is that designers tend to ignore the third and equally important aspect in any UX design project i.e. technology. Having a look at the designs through the lens of technology will show how feasible the solution really is. Sometimes, designers really need that dose of reality. At the end of the day, it’s technology that will convert these designs from a pipe dream to a piece of art. I can feel the design community collectively rolling their eyes at that last statement. 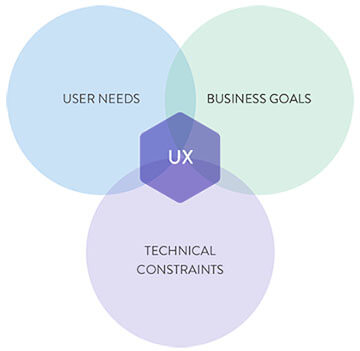 In today’s UX world, the word ‘technical constraints’ has a negative connotation to it. It is commonly used by business and development teams to shoot down ideas without giving it a second thought. Little do they realise that pushing the envelope of tech constraints will lead to innovation. So, it’s time to embrace this word to achieve the project’s full potential.