Lessons from the Pack: What Designers can Learn from Dogs

My earliest happy memory is that of my dog (a big, beautiful fawn boxer) frolicking in the waves of a beach near our home as my mother and I walked nearby on the shore. As soon as my mother scooped me up in her arms and called out to her, our dog would abandon the foamy waves and run back to us, sprinkling sand and water droplets into the warm, salty air. The three of us would then head back, where my father would return from work to be greeted by two happy humans and our boxer’s unique ability to wiggle instead of wag her tail.

I was born while she was a pup and effectively ‘grew up’ with her. Her exuberance, intelligence, and individuality were some qualities that quietly taught me about life. Even when she passed, she taught an 11-year-old girl her first lesson in love, death, and grief.

After our beloved boxer, we realized that our house felt empty. Our family grew – at every point, we had a minimum of two four-legged beauties (including cats, who, contrary to the opinion of Dog Persons, are just as endearing). Over the years, we had brought home a puppy, adopted adult dogs, and life was always the perfect, happy chaos. With every dog came a new personality, a new perspective, a new list of lessons.

31 years and countless-interactions-with-dogs later, here’s what I truly believe designers should learn from our furry four-legged friends –

Simply defined, empathy is the ability to understand another person’s emotions, even if they may be far removed from your own. People who have interacted with dogs can vouch for the fact that they can sense human emotions and react accordingly. When you’re feeling a little low, your dog can literally wipe those tears away with a soft, loving lick and a slow, encouraging wag of their tail. They may not understand the complexity of your problem, but they sure can provide a solution based on your emotional state.

In the realm of design, empathy – the ability to understand user and client needs – can inform design decisions, lead to design solutions that are truly user-centric, and fruitful, fulfilling client relations.

Scientific evidence shows that dogs have an extremely evolved sense of smell. About 2 billion olfactory receptors contribute to a sense of smell that’s 100,000 times more powerful than that of humans, to the point where dogs can recognize people, places, and things merely by their scent.

And yet, when you come home from a long day, you’re greeted with endless tail-wags, enthusiastic jumps, loving licks, and… curious sniffs! Did you pet another dog? Did you drop some food on your shirt? Ooh, that smells like my friend Jaguar – did you go to the park? Wait… is that the building cat?!

The adorably questioning sniffs tell me that even though they know all there is to know about their human, they are eager to learn something new each day.

As designers, even though we have the skill, the knowledge, and a developed aesthetic sensibility, we should always stay curious, whether it’s about design or the world at large. Stay curious, question more, learn every day – your furry friend can guarantee it pays off. 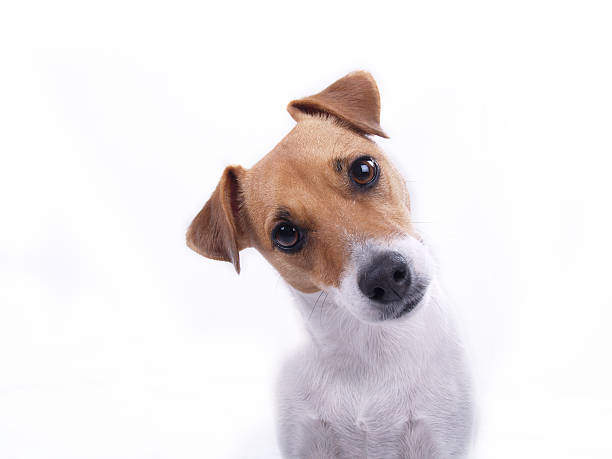 Every dog I have ever met, or raised, has been so delightfully different! Playful, fiercely loyal Zorro. Gentle, lovable, kleptomaniacal Milo. Anxious party animal Carlton. (Of course, I would joke that some of them would not have been accepted by society if they were human.)

Similarly, I believe that every designer should be unabashedly individualistic. As people, as designers crafting design solutions. Don’t be afraid to wear your quirks on your sleeve, it’ll add a whole new dimension to your personality. And design solutions, of course.

Dogs thrive on routine. The 7 am walk and zoomies followed by a hearty breakfast. Then a snooze, begging for scraps at lunch time. Another snooze, an afternoon walk followed by a quick nap. A little snack, then a long evening walk, playtime with the humans. Then a delicious dinner and finally, a good night’s sleep. Your dog treasures every minute of this ‘process’ (and shows it). The ‘process’ is what keeps dogs healthy, happy, and fulfilled.

Designers, too, should trust the design process. Very often, we find ourselves jumping ahead three steps just to ‘get it done’. Don’t rush through it. Instead, thrive on it. Treasure it. Each piece of that process is a vital part of your design solution, so give it the time it deserves.

Off to seize the day!

…Which brings me to the next point, adapt!

Indies (also known as the Indian Pariah / street dog) are native to the Indian subcontinent. Archeological findings suggest their origin dates to more than 4500 years ago. Unlike most popular dog breeds, the Indie was never bred for any particular purpose. Today, they are becoming increasingly popular as pets, and part of it is due to their adaptability.

Their medium size, short double coat, elongated muzzle, and alert, upright ears are designed for India’s tropical climate and crowded streets. Having to fend for themselves for centuries, they are highly alert, intelligent, communicative, territorial, and fiercely loyal with strong, highly developed instincts.

But bring home a streetie and they mold themselves into who you are. Hiking on a Saturday morning? Your Indie is up for it! Lazing in bed all Sunday? Your Indie will beg to cuddle with you AND outdo your level of lazy. 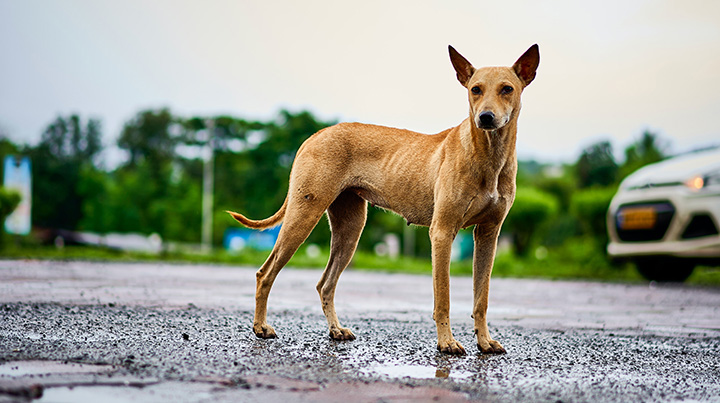 I believe that designers, too, should be able to adapt to an ever-changing design landscape. Cultures change, design trends change, clients change, project briefs change – and with it, as designers, we must adapt seamlessly to different situations.

For example, we should not get bogged down by a design brief that doesn’t follow our ‘process’. Instead, we can adapt our process to suit the brief and create an equally compelling design solution.

As the owner of two 2-year-old dogs, I’ve been witness to several (random, but unavoidable) scuffles, despite ensuring that we have two of EVERYTHING at home – toys, treats, even humans. Sometimes, it’s limited to whining and pawing, but there have been times that it’s escalated to snarling, teeth-baring and at its worst, a full-fledged fight. Once it’s all settled (it usually is within seconds of a firm command), my dogs will mull over it for about 5 minutes… and then it’s back to normal. A couple of ear sniffs, face licks, a tender head bump here, a snuggle there, and the two of them have switched from sibling rivalry to revelry. No endless complaining, no bitching (ironic that this term has been coined using the word for ‘female dog’ as its base).

In the world of design and consulting, projects and responsibilities, it’s important to acknowledge that there will be a snag or two, and that it’s better to move on than to marinate in its aftermath. Of course, the big snags will result in big conversations, but for everything else, I’ve learnt that it’s easy on everyone involved to look forward and move on.

7. Find joy in everything, always

A lone slipper. A mutton bone right off a plate at the dining table. Chasing a squirrel, even if the mission expectedly fails. Rolling around on the grass. A tattered toy thrown across the room. Zoomies.

Even as a dog gets older, these remain the things that make them immensely happy.

As designers, even as we grow in age or within an organization, we are often tasked with jobs that seem trivial, or boring, at the outset. But if we don’t think of it that way, it won’t be! Dig deep into your inner child (or design student) and find the excitement you once found with the same task. Also know that every pixel of every task contributes to the greater good (read: design solution). Just this shift in a designer’s mindset can result in a happier design process, and a passionate, purposeful outcome.

I could list down a lot more, but besides being a Crazy Dog Lady, I’m also a UX professional who knows that the ideal number is plus-minus 7.

I do believe that dogs aren’t the only members of the Animal Kingdom with lessons to share. Every animal, right from the way nature has designed them down to their idiosyncrasies, is a treasure trove of inspiration. All it requires some observation.

On that note, I’ll be sitting in on a Design Class from Cats…