“Xerox” for photocopy, “Bisleri” for water, “Maggi” for Noodles & “Gpay” for digital payments is the Indian way.

Goes without saying that Maggi noodles, is the ultimate Indian cheap thrill! It was a day in 1983, which seemed like a perfect opportunity for the one and only Maggi noodles to set foot in a vast country like India. A country with an abundance of spices, nutrient- and protein-rich cuisines, and a large array of cereals, vegetables, and rice that could be used to make filling and nutritious meals. Maggi managed to make the lives of Indian housewives easier by playing the role of a “quick evening snack” for their children. Most of us look back at our best childhood days- one of them being watching cartoons with a bowl of Maggi. This was only the start. From then on, Maggi began to be a meal for those in the mountains, a form of comfort food, a meal for college students that didn’t have the time & money. Maggi managed to leave its mark on all Indians despite of polarity in India’s unique & diverse food preferences! Maggi is now a prime part of our lives; it is now an experience that unites us all. It has the power to transform a bad day. It has the potential to be a home away from home.

Google Pay is to digital payments, what Maggi is to instant noodles. Both Google pay and Maggi have made it big in the Indian market. What are their respective recipes for success? Are there any common elements in their success strategies? Here are the 6 surprising similarities in what they do to maintain their leadership positions…

#1 They keep it simple

Maggi brings us a piece of heaven in a bowl without working too hard for it!

Limited resources, maximum experience. Chances of one going wrong are next to nil! Maggi is a meal that you can’t go too wrong with, the only factor that alters the taste and consistency of your Maggi making experience is the amount of water you add- which doesn’t take any skill at all. Too much water? That’s alright- just leave it on the stove for a few more minutes. Anyone can cook Maggi, just like everyone can use Google pay

Google pay is known for its ease of use. There is no guesswork here that the product is hyper simple and has aimed at minimizing the learning curve for its users by using just a few steps and progressive disclosure.

#2 They know thy user

The magic lies in the Masala! A large part of the Indian market loves deals and rewards. Apart from the scratch card experience, Google pay gives its users the freedom to choose their rewards that their users have earned. They also provide a sense of urgency by saying “these choices will be gone tomorrow!” to encourage users to select the reward right away. This not only aids individuals in curating their reward-seeking experience but also influences the brands they choose to purchase from.

#3 They leverage the Ikea effect

The IKEA effect, named after everyone’s favourite Swedish furniture giant, describes how people tend to value an object more if they make (or assemble) it themselves. More broadly, the IKEA effect speaks to how we tend to like things more if we’ve expended effort to create them.

A Maggi packet and infinite opportunities

Maggi provides an opportunity for the consumers to make their Maggi their own. A noodle cake, a packet of masala and an opportunity to invent your signature style. Maggi is the only Indian product that elevates a home cook into a chef, this is what makes the Maggi experience so unique. This not only gives the consumer a sense of accomplishment of making it their own, but also presents an opportunity to be creative and imbibe artistry. 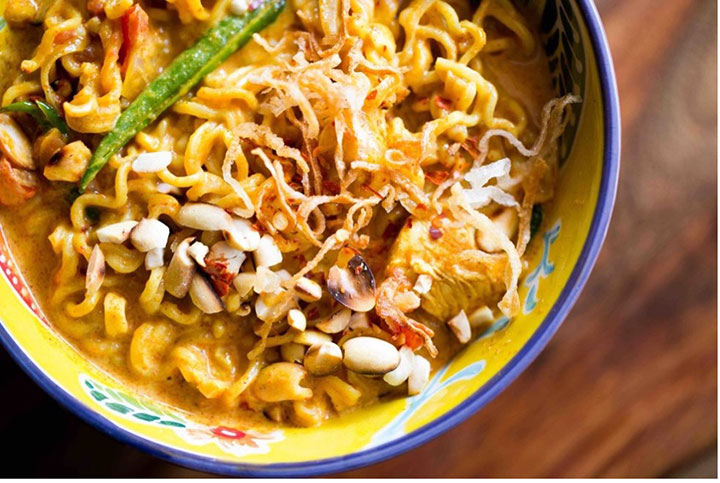 Payments can be fun too!

Though it is not a step that is necessary while making a payment, Google pay gives an opportunity for its users to have a little fun! Just before confirming the payment, one can add a sticker to indicate what the payment was for- this somehow gives a personal touch to a boring transaction. Here’s now it looks:

Google Pay and Maggi both take under 2 minutes!

Google pay has changed the way India functions. Many Indians don’t know the full form of UPI, but surely know the meaning of “Gpay kar do”. In 2016, India was stuck by a scarcity of physical cash flow because of the Government policy of demonetization. Google decided to ride this wave by serving as an alternative, making payments cashless. Maggi & Google pay both have let to behaviour change in the Indian masses using a three simple step formula.

#5 They utilize the power of colour 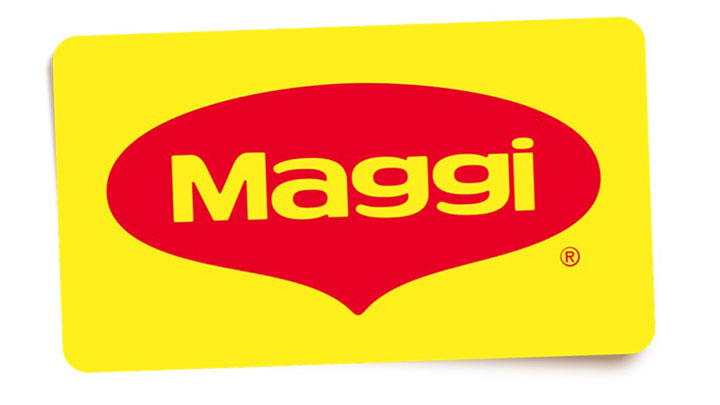 Maggi packaging has stayed consistent with its signature yellow and red colour palette since 1982. It’s not a fluke. There is science that backs the Maggi experience. According to The Visual Communication Guy, the classic combination of “red and yellow “ hues psychologically influences our perception of hunger. Ever wondered why McDonald’s, Burger King, Pizza hut, Wendy’s, Dairy Queen, Domino’s Pizza, Arby’s, and KFC use the same palleted instead of differentiating their visual appeal? Indians associate quick and easy payments with a colourful pallet

Payments are perceived to be stressful and something that has to be done with care. Google Pay has broken that notion by keeping it light and enjoyable with its colourful interface and micro animations. Indians now find it comforting to use a vivid platform like Google pay to make UPI payments.

#6 They limit the amount of choices

They do offer a variety of flavours, but just enough to keep it fresh. Maggi embraces the law of Paradox of choice. Too many choices tend to overwhelm the consumer’s decision making. Too many choices are empowering but are counterproductive. The flavours Maggi offers are in sync with Indian culture and its food habits.

Limited services offered by Google pay under the UPI umbrella keeps the platform very simple for the user. This enables the user to differentiate between the services offered and make a thoughtful decision on their payment preferences.

Maggi (in the last 41 years)has had a colossal impact on Indian snacking, and Google pay on Indian payments. These are inclusive experiences that has changed the way India works, leaving a very lasting impact on the country. Indian businesses should aspire to build a connection with their customers the way Maggi and Google pay do.