“Nor was I particularly delighted by the virginity boon, which seemed designed more for my husbands’ benefit than mine. That seemed to be the nature of boons given to women- they were handed to us like presents we hadn’t quite wanted…. If the sage had cared to inquire, I’d have requested the gift of forgetting, so that when I went to each brother, I’d be free of the memory of the previous one.”

– Draupadi, The Palace of Illusions

In the novel Chitra narrates the great Indian epic of Mahabharat, from the point of view of Draupadi. The resident outsider, who continued struggling to make her place in the family till the very end. This switch in the storyteller, brought to my notice the great tragedy of nonrepresentation of women in society. So, the designer in me scratched her head and wondered if that also affected how we Design!

Is there even a problem?

I’ve walked through numerous Supermarket aisles of bubble-gum pink power tools in my quest to find a women friendly tool, spent ages searching for a decent deodorant that doesn’t make me smell like a bowl of fruit chat and felt frustrated with sanitary napkins that try to cheer me up with motivational quotes printed on it. So , I can assure you there most definitely is a problem.

Women’s spending drives the world economy at roughly $20 trillion annually, which is 40% larger than China’s economy. Which indicates that women have a purchasing power that is profitable if cashed onto. Yet we are victims to the “Shrinking and Pinking ” culture, that reduce women need to a matter of colour (Fun fact: Not all women like pink *mind blows*)

Research suggests that women unequally bear the burden of the gender gap. The effects of the same are not limited to business but can be witnessed in design as well. Though we embraced the era of Human Centric design, a way of designing that brought us closer to the core needs of the people we were designing for. But our gender biases caught up on us soon enough, and the Human in Human-centred design became a mere placeholder for ‘men’.

“Designers may believe they are making products for everyone, but in reality they are making them for men. It’s time to start designing women in”, writes Caroline Criado Perez, author of Invisible Women: Data Bias in a World Designed for Men. Caroline states the example of ‘Public Washrooms for Women’. As women, it is common for us to wait in long queue for public toilets at airports, cinemas, you name it. Whereas our male counterparts face no such issues. In this case, architects with their good intensions decide to divide the area equally for men and women but what it is, is an example of a gender-blind design. As they failed to consider the ecosystem of the users. Women need more space and time in the restrooms. They change pads and tampons, they often are accompanied by a child or senior to tend to and biologically they need more frequent trips to the restroom because of pregnancy and the likelihood of urinal-related infections. So though the space shared for washrooms are equal but not equitable.

We have been living like this for ages, why does it matter to us now?

This is a question that has occurred to me many time. We are all alive and running why do I need to question everything. Only to realise the adverse effects of the disparity that these bad designs created every single day.

We are all human beings. However, our needs and experiences of what it means to be human are different based on how we look, where we are born, how we are treated, and how we move through the world. That being so, when we keep away from women’s needs while designing we run the risk of rendering half the population incapable due to lack of resources. Like the time NASA scrapped it’s first All-Female spacewalk, due to a lack of space suit in the right size. 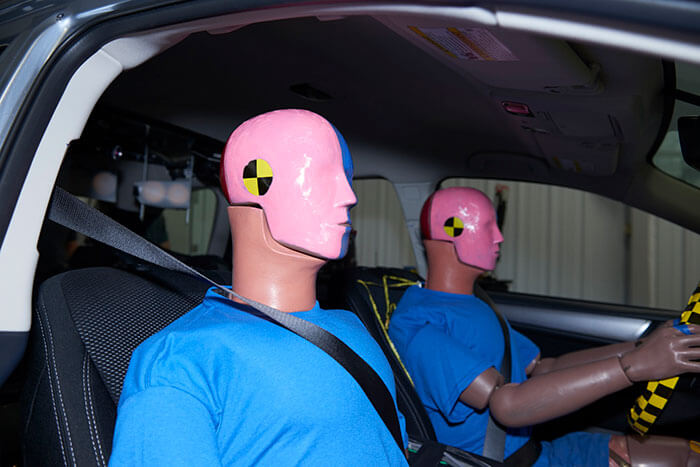 This tendency of designing for the average male, even when he’s not the sole or even the primary user can be negative and even have dangerous consequences for women users. A very shocking example is of cars. Car design and safety tests are designed with a male-default mindset. For instance, the car seats are generally “too firm to protect women against whiplash injuries: the seats throw women forward faster than men because of the back of the seat doesn’t give way for women’s on average lighter bodies.” This is because the car-crash test dummies are based on the average male, not taking into account the differences between male and female bodies. These dummies of course are not designed to resemble pregnant women in anyways, not for drivers or passengers. Even though it is recommended that pregnant women should wear seatbelts, more than half of “third-trimester pregnant women don’t fit the standard seat-belt design.” Even though cars are shared by couples, friends and families, they are designed to be safe for a 50th percentile male dummy.

Lastly, women centric design is not just required for a harmonious functional society but also had great potential to maximise return on investments as it creates space for understanding the complex factors that impact women’s decision-making as users and consumers.

Where does the problem start?

As a UX designer I pride myself on my design decisions. They aren’t frivolously choices based on aesthetics and personal choice but are rather devised from data, research, and human psychology. But the irony is that the data we use to inform our decisions, that we think are facts unlike opinions, fail half of the population, i.e., female.

So, the correct answer to the question of where the problem starts is the Gender Data gap. Most data that we cite, refers to men as human beings (even the language in biased) by default. This pushes woman needs and problems further into the abyss of anonymity. It was in 2019 that WHO’s Global Health Statistics were disaggregated by sex for the first time. Meaning it has only been 4 years since we have realised health problem effects men and women differently, in spite of knowing how differently our bodies function.

Omitting women from the data means we are making decisions, designing spaces and systems without considering the other half of the population. This is leading to gender blinding designs. A good example of this would be how historically, females have been excluded from human and animal clinical research trials. When female animal subjects had been used, the reproductive organs were often removed to stop hormone fluctuations from affecting the results. Newsflash: the menstrual cycle is omnipresent in women’s lives, sometimes as long as 40 years throughout their lives. There is wide body of research that suggests that women are disproportionally affected by side effects due to miscalculations, or limited (or non-existent) understanding of how medications will be affected by the different stages of the menstrual cycle. It is a fact that women bodies are complicated and different from men and this should be more of a reason to better study female bodies, rather than claiming it inharmonious, messy and dysfunctional.

How can the problem be solved?

Now that we have established there is a problem and how deep rooted it is, it is time to understand how it can be solved. However, there is no one right answer to this, but one of the biggest factors is the gap between women’s buying influence and the absence of women in the product development teams. The Fast Company magazine wrote, “… women buy or influence 85% of all consumer purchases, while 85% of product designers and engineers are men.” 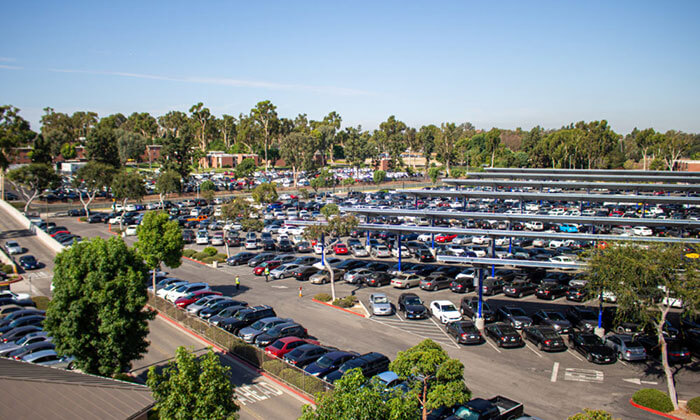 The male-default habit is a product of ages of patriarchal conditioning and stand true even for women. We are so used to living in a world that caters to men, that we are blinded by the bad design and fail to notice flaws in the system. Thus, we need a woman, a woman in power who is dedicated to finding women centric solutions to change the existing designs. One of my favorite stories of having women in power, is from ‘Invisible Women’ about Sheryl Sandberg the COO of Facebook. She was at Google then. While pregnant, she felt frustrated with how long she had to walk to and from the car park of the Google building. With her body changed, it was impossible to walk that far. She brought the issues up to the Google co-founders and they were surprised they didn’t notice such a huge flaw. Of course, neither did Sheryl Sandberg before her pregnancy. The car park was designed carefully but again without thinking about the women bodies. It took an important person like Sheryl to notice and voice a concern that probably many other female employees had.

As I came to the end of my research, I had found countless examples of bad design (I hope now you too itch to question and explore many many more in your life) we must also understand that these are done unintentionally and no one person can be blamed for these.

The important learning, I received from this research is the need to question the norms and break out of the box repeatedly to design better.